The cost of cybercrime surpasses $45 billion

Vint Cerf and Bob Kahn, inventors of the TCP/IP protocols, are considered to be the fathers of the Internet. In 1992, they founded the Internet Society. This non-profit organization’s mission is “to promote the open development, evolution and use of the Internet for the benefit of all people throughout the world”. To do this, its objectives are focused on several areas. These include research, eduction on Internet use, the use of common standards, and, of course, cybersecurity.

In this field, the Internet Society developed the initiative the Online Trust Alliance (OTA). The Alliance aimed to identify and promote security and privacy practices among organizations and help improve Internet users’ trust. This is why its expert committees have developed multiple frameworks and best practice documents for companies, which deal with subjects such as email marketing or the Internet of things.

Of these publications, the best known is probably its Cyber Incident & Breach Trends report, the latest edition of which has just been published. This study compiles the most noteworthy trends from the cyberincidents in organizations in the previous year. Although the 2018 data shows some positive aspects such as the decrease in the number of data breach incidents, other conclusions, such as the huge financial cost of cyberattacks, are more worrying. 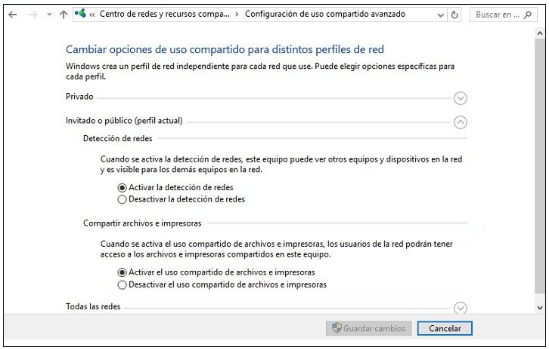 The OTA calculates that the total impact of cybercrime worldwide in 2018 is over $45 billion. The organization does, however, point out that not all kinds of cyberincidents can be estimated with such precision. So, while BEC scams had an estimated impact of $1.2 billion, and there are expensive estimates regarding ransomware ($8 billion) and credential stuffing ($5 billion), it is harder to gage the cost of data breaches and new categories such as cryptojacking.

Besides this, the report deals with cyberattack and cybersecurity trends over the last year. The organization splits these into two groups: existing trends, which includes kinds of cyberattacks that already had an impact in previous years; and emerging trends, which includes three tendencies that, while not exactly new in 2018, experienced a huge boom. Among the trends that it highlights are:

On the other hand, the report gives the following three emerging trends.

Finally, given this cyberattack landscape, the report concludes with a series of fundamental cybersecurity principals that all organizations must heed. The summary is:

Response to the most complex cyberattacks_

The OTA report reflects the fact that the cyberattack landscape is increasingly sophisticated. Cyberattackers now use Living-off-the-Land techniques, such as fileless malware that uses malicious code or the use of legitimate third-party programs. Supply chain attacks are just one example of this.

The most common cybersecurity solutions are often unable to detect these tactics. This poses a cybersecurity challenge for SOCs and all kinds of public and private organizations. They must now deal with threats that require much more attention and detail that traditional attacks.

In this sense, the solution Cytomic Orion allows agile cycles of learning, adoption and evolution. This reduces the time and cost needed to provide detection and response services, thanks to the threat intelligence tools. This way, some of the main challenges facing SOCs can be resolved. There is a dramatic reduction in the detection, containment and response time for attacks that have managed infringe our systems, getting around traditional prevention measures. There is also a huge improvement in defensive measures, which in turn reduces the system’s attack surface.

Because rapid identification and detection of threats and anomalous behaviors of cyberattackers allows you to avoid the economic damage that increasingly professionalized attacks can cause.